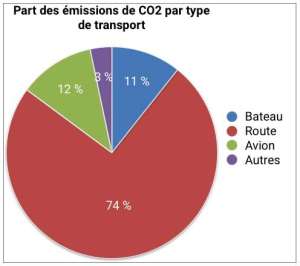 The new diesel emission standards promulgated by the International Maritime Organization (IMO), which will come into force on January 1st, 2021, will make motoryachts over 24 metres (79 ft) both prohibitive and virtually impossible to build reasonably. The manufacturers and engine manufacturers state that equipment currently needed to meet the new standards is so cumbersome and complicated that it is almost impossible to install it in motoryachts from 79′ to 130’. Engine manufacturers are working on a more compact and practical system, but it will be several years in the works.

The result of this IMO decision will effectively stop all major motor yacht builds by companies such as Viking, Hatteras, Burger, Ocean Alexander, Hargrave, Azimut, Ferretti, Princess, Sunseeker, Monte Carlo Yachts, Cheoy Lee, Outer Reef , Nordhavn, Majesty and many others in the world. The result is that thousands of craftsmen and shop staff will be laid off in the United States and abroad. Moreover, stopping the construction of these boats – even if only for a few years – will hurt this class of motoryachts in the foreseeable future as companies, or their divisions of large boats, close. 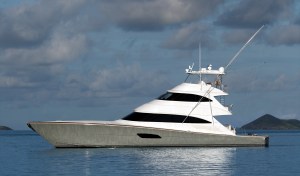 This is almost exactly what happened in 1990 when the U.S. Congress passed a 10% luxury tax on new boats sold in the United States. Almost the entire fiberglass boat industry was brought down to its knees and dozens of manufacturers ceased operations. Even though the tax was repealed two years later, thousands of workers lost their jobs and the surviving brands suffered so much damage that they were never the same. American consumers are still paying for this political madness.

Pat Healey, CEO of Viking Yachts, is leading the movement to delay IMO emissions regulations until engine manufacturers have developed systems that can reasonably be installed. He is seeking support in his efforts to get IMO to reconsider its decision, and it needs the help of everyone working in the yacht industry. 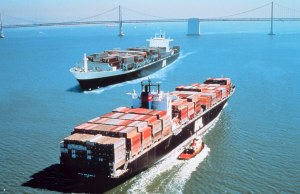 A problem for CARGO also.

There are also large vessels (commercial cargo) that will be affected by these new pollution regulations. Besides, they are being singled out to be the major polluters.

However, the newspaper, Le Soleil, has published a graph showing that it is the most efficient mode of transport when you consider the environmental cost per tonne of goods delivered. 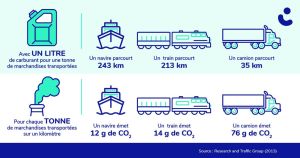 On January 1st, 2021, all ships operating in the world will have to reduce their sulphur oxide emissions from 3.5% to 0.5% (percentage of sulphur oxide relative to fuel mass). These IMO rules are intended to encourage container ships, cruise ships and oil-type vessels to use cleaner fuels.

The majority of these vessels currently use heavy fuel oil, a viscous, sulphur-laden fuel. They may also use sulphur-liuse fuel oil, or diesel fuel, which does not include sulphur. But these two options would be one-third to twice as expensive as heavy fuel oil.

Canada and the United States have joined forces to implement these new standards. Here in Canada, the Desgagnés group has ordered new ships to meet the new standards. They will be delivered this year (2020). 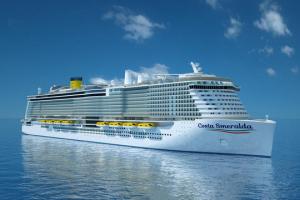 There is no doubt that the implementation of new pollution standards requires investment from all involved.

Some have waited too long to act and find themselves facing a deadline they cannot meet. Other manufacturers are looking at new fuels such as liquefied natural gas, which is a very attractive plan B and is less expensive than diesel.

The Port of Montreal will also offer this new type of fuel, liquefied natural gas for ships newly equipped with this type of engine.

This solution is quickly applicable on commercial cargo ships, but not on yachts for boaters.

There is always the possibility of installing less powerful engines, but this is not always applicable depending on the type of hull and the intended use for the yacht. For example, the fishing vessels such as Viking, Bertram, Hatteras, etc…

In short, it will not be easy to obtain an exemption (delay implementation) for luxury yachts considering the importance that the environment protection nowadays.

Manufacturers will need to innovate quickly with solutions suitable for the 21st century.