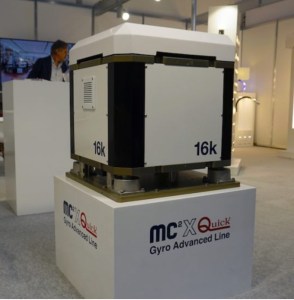 More and more as boaters are appreciating the stabilization that allows almost absolute comfort on board, especially when the boat is at anchor or at a speed under 10 kn, Gyro stabilizers as they are called are becoming very popular .

Currently, the market is dominated by the manufacturer SEAKEEPER but here the Italian company QUICK also offers a stabilizer still based on the technology of a gyroscope but with significant differences. 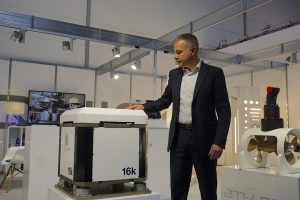 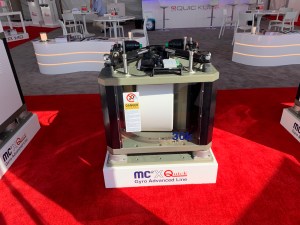 The first major difference is that the Quick is not cooled by water but by air.

The second major difference is that it activates much faster and also turns off faster.

It is however heavier than the Seakeeper and the degree of soundproofing needs to be validated.

Both systems require an installation that takes over the yacht’s structure as the system has an effect on the structure to compensate for the roll of the yacht. 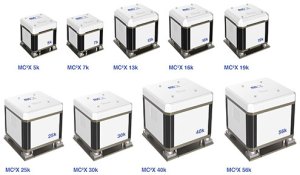 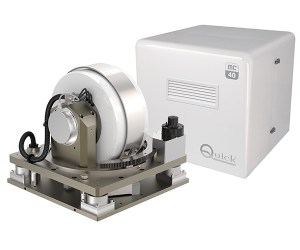 A yacht over 50 feet must have such a system, especially today, costing less than $ 70,000 to install on board.

The benefits are indisputable, the proof of the effectiveness of GYRO is recognized by all.Installing a QUICK system in an existing yacht seems much easier to do than with a Seakeeper system. The Quick system is more compact and easier to install.

The QUICK system is higher than wide, it will go through the access door to the engine compartment more easily.

A used yacht sold in the 2020s that will not have such a system will certainly be harder to sell. The effectiveness of such a stabilization system is more than 80% depending on conditions for people on board to avoid sea sickness. 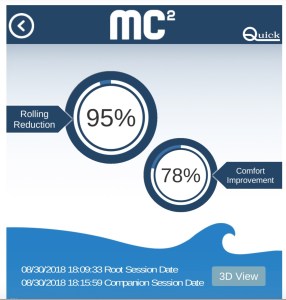 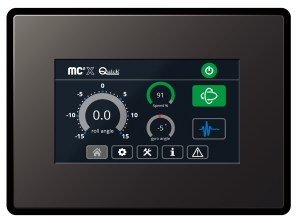 A stabilization system by Gyro has been offered on Italian yachts since 2010 on most vessels greater than 50 feet.    Azimut and Ferretti (Seakeeper and ARG Mitsubishi) have been offering it for almost 10 years.

Here is a link with a video that shows you how a Gyro works.

Here is how a Gyro works, follow this link or this link.

The two manufacturés QUICK and SEAKEEPER will be offering demonstrations aboard boats or yachts with stabilizers during the boat show, take a ride on board, the demo is very convincing. 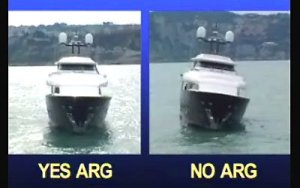 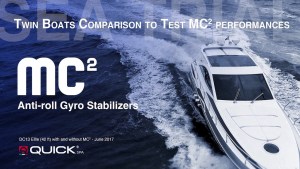 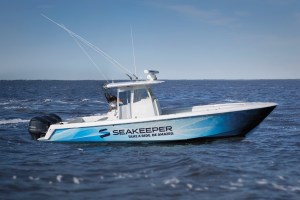 Do not hesitate to contact us if you have questions.

Pictures by us at Miami Yacht Show 2019 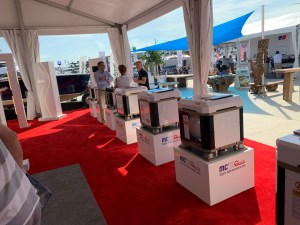 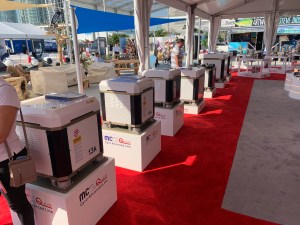 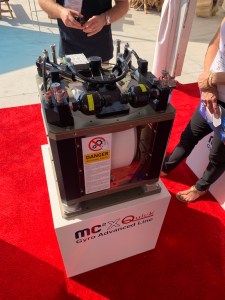 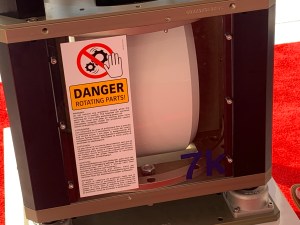